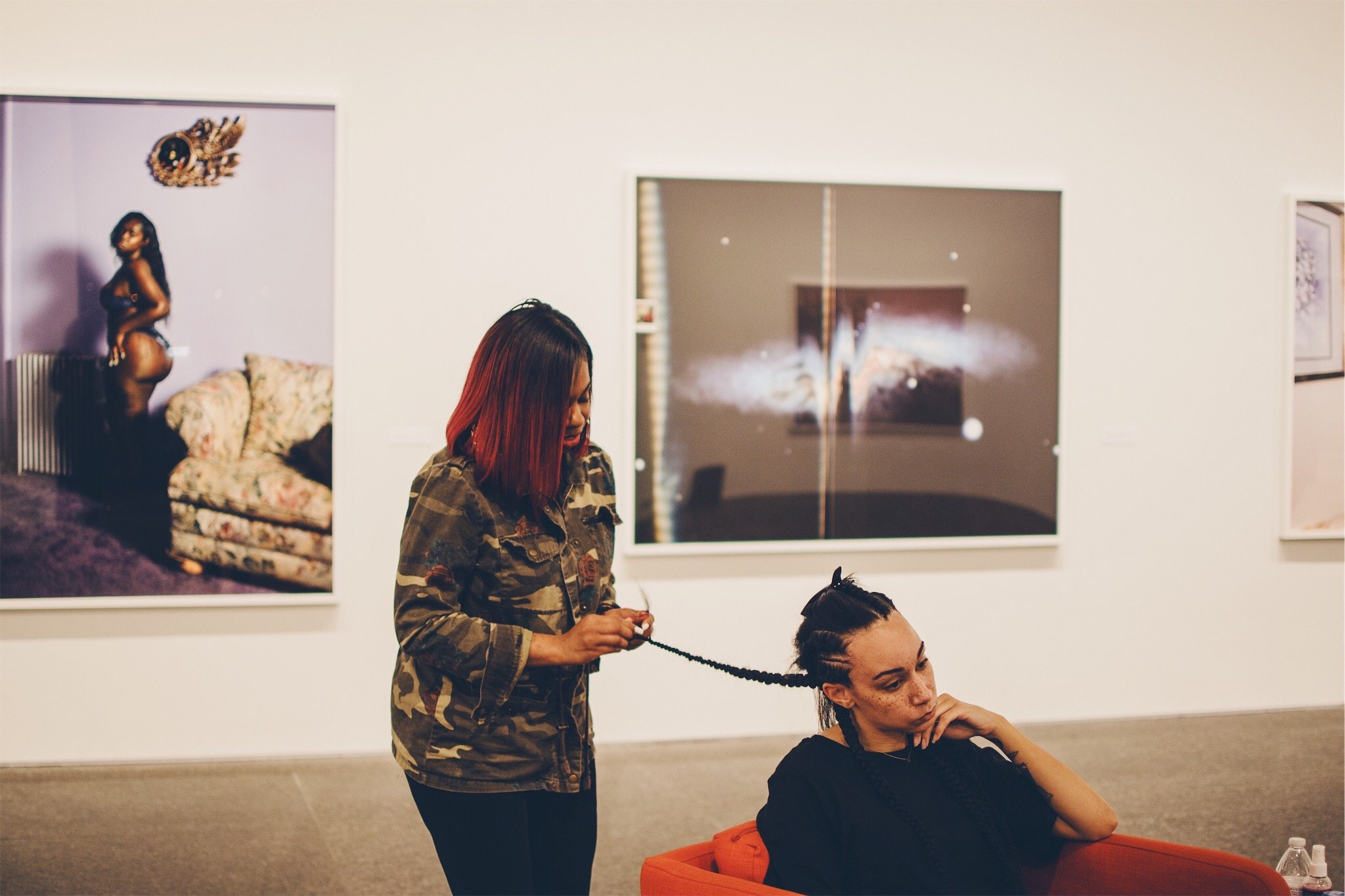 Hey everyone. On this episode, I have a special interview with Tara Fay. I think Tara’s instagram profile describes her best as an independent curator, performance artist, and streetwear enthusiast. Tara is also on the board of directors at Bunker Projects, an art and residency space in Pittsburgh. I first met Tara through Jose Diaz, who I also interviewed. Throughout my time in Pittsburgh, Tara has been always supportive of my work and I was happy to talk with Tara about her perspective of the art scene.

Around the time of the interview, Tara moderated a public discussion with Dan Leer, the curator of photography at the Carnegie Museum of Art. Tara specifically wanted to talk about a controversy that happened with Deana Lawson, a photographer. Deana’s photographs at the Carnegie alienated a number of viewers and brought up difficult questions about who the museum’s perceived audience is. It began with a black woman filming a video of Deana’s work in the museum and expressing her thoughts, which spilled over onto Facebook. I’ve alluded to this incident in a few other episodes, but I go more in depth with Tara here. I wished I did a better job introducing it in the interview, but I’ve attached a Vice article about Deana Lawson at the Carnegie in the show notes. So we discuss that at length, along with a range of other topics, from the Adrian Piper show at the MoMA, performing for a white audience, different types of privilege, and Beyoncé. Also, the audio got slightly messed up towards the end of the interview, so I apologize for that. In any case, I hope you enjoy this.