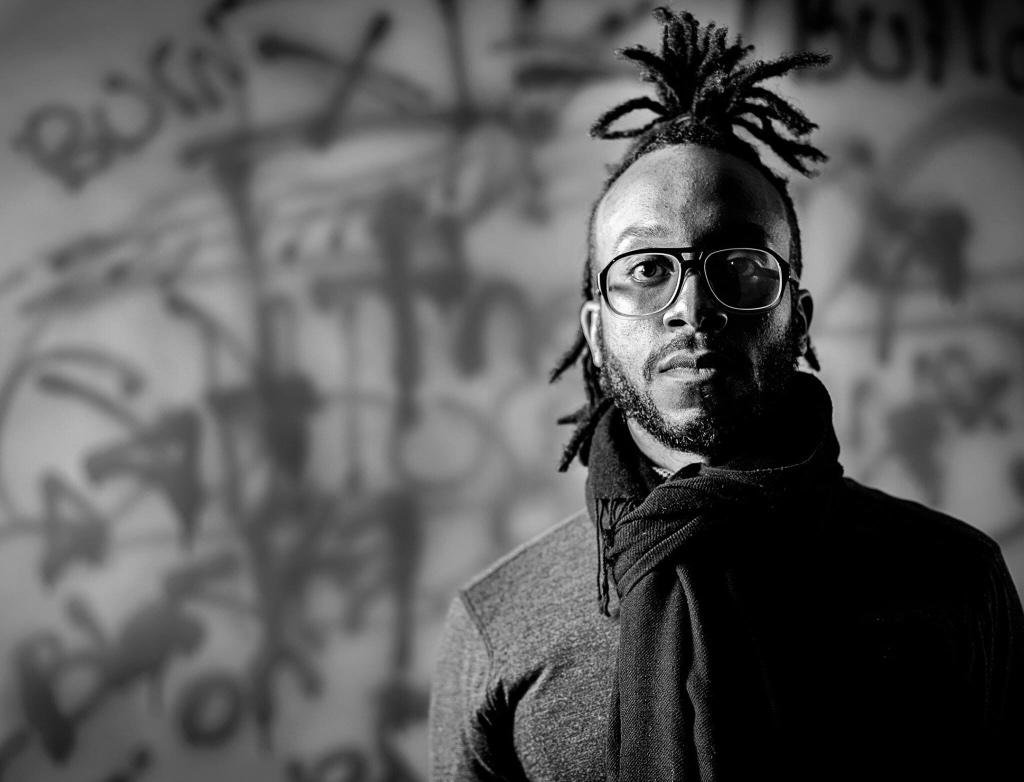 Hey y’all. Today I have a relatively short but special episode for you. I met up with Darrell Kinsel, also professionally known as D.S. Kinsel, at his project space, Boom Concepts. I first met Darrell just at the inception of Boom Concepts while they moved into their current space on Penn Ave, back in 2013. I approached Boom with this silly idea I had to curate a painting show with a group of conceptual and installation-based artists. Darrell was excited by my strange curatorial project and thats where our friendship began. Over the years, we saw each other’s artistic career grow and I was happy to interview Darrell after all our shared experiences.

Darrell describes himself as a “black creative entrepreneur and cultural agitator” and his work focuses on themes of escapism, space keeping, urban tradition, pop culture, hip-hop, informalism and cultural appropriation. Darrell is also the co-founder of Boom Concepts, a combination work space and creative hub that offers artist studios in auxiliary locations across Pittsburgh’s unique neighborhoods. In conjunction with these activities, Darrell also works with youth, community artists, and community partners in order to identify ways for youth to express issues of social justice through drama, dance, music, visual art, and technology.

At the time of the interview, which somehow was over a full year ago in 2018, Darrell had just became a father and was a busy man. His marriage was three days away and he had a lot on his mind. Since I was leaving for Berlin at the time, Darrell was kind enough to squeeze in some time for a short interview. Darrell was taking a break with a deinstall at Boom Concepts and keeping a close eye on his daughter, Liberty. There are a few stray baby sounds and other noises in the space as a result. Hopefully they aren’t too distracting. I definitely would like to chat longer with Darrell in the future. In any case, I hope you enjoy this.