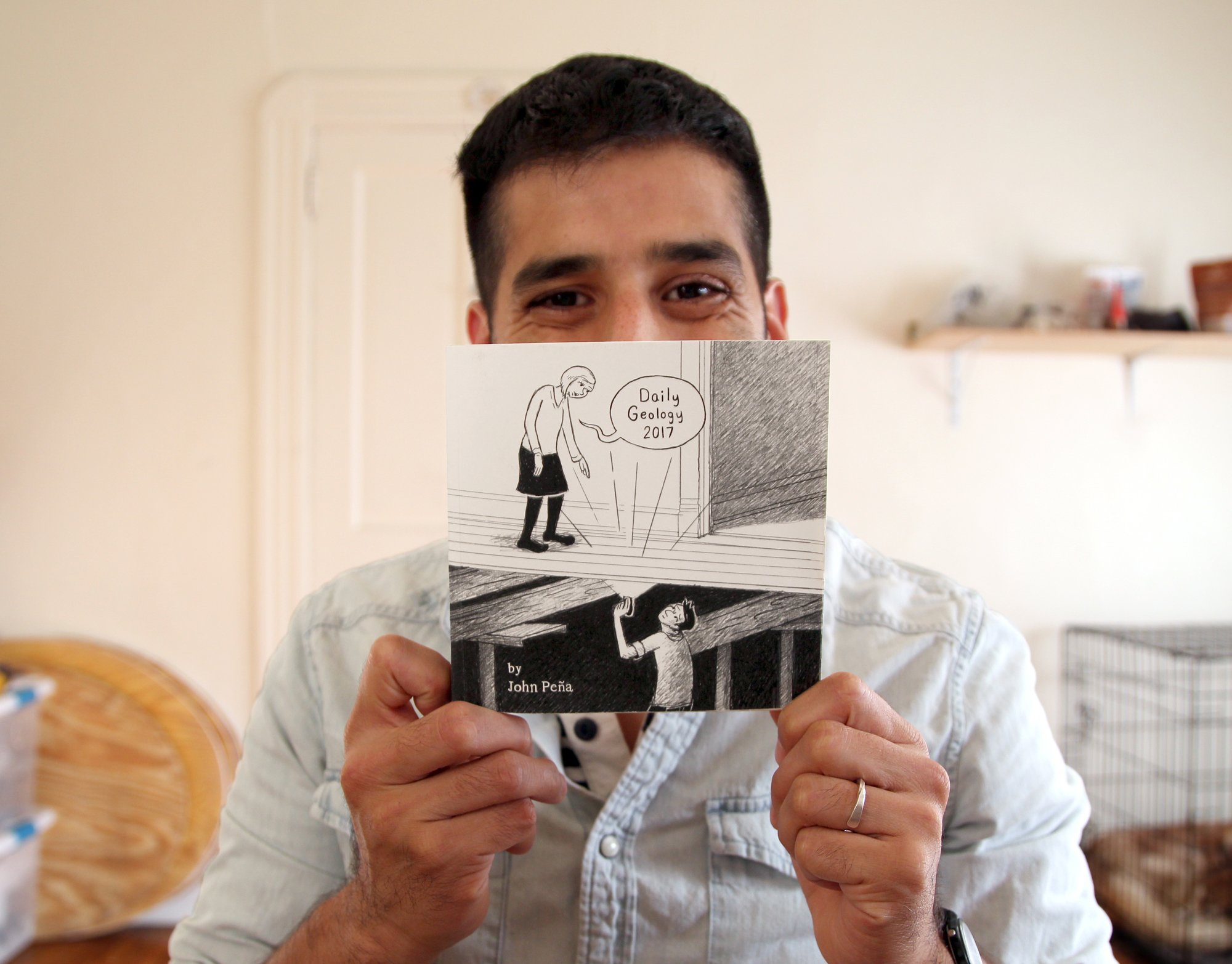 On this episode, I headed over to John Peña’s house in Wilkinsburg to chat. I met John when I first arrived in Pittsburgh for graduate school and always found him to be warm and kind. John also received his MFA from Carnegie Mellon, but in 2008, well before I had even considered art as a possible career. John went to Columbia for a year before returning to Pittsburgh. From time to time, John teaches classes at Carnegie Mellon, so I always saw him running into the faculty lounge between classes. Over the four years, I slowly got to know John, from studio visits, grabbing a beer at the bar, or reading John’s comic, Daily Geology. John’s practice is vast and wide ranging, from racing clouds, sending letters to the Pacific Ocean, and constructing large-scale plaster word balloons. This conversation touches upon many topics, from trying to have control over things you have no control over, to forgetting one’s language to escape the past, and residing in a space of discomfort and disappointment. Some of the topics in our interview are intense, dealing with depression and death, so proceed with caution. John also speaks about his experiences passing as white in some spaces while being seen only as a Mexican or othered in other spaces. I also was annoyed at myself for interjecting so many “yeah yeah yeahs” and “right right rights” while John spoke. I got so interested in our conversation that I didn’t even notice myself doing it. Also, as a heads up, John requested that I beep out a few names to protect the privacy of some of his friends and family members. In any case, I hope you enjoy this.